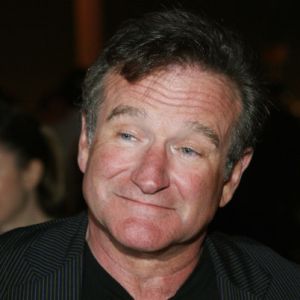 By now everyone has heard the very sad news about the passing of Robin Williams, and while specifics are still vague, it is clear that Williams’ troubled life had not become any less so in recent years. I have no interest in writing about the death itself – I have nothing of worth to add to a conversation on the subject – but it would be a shame to ignore the incredible influence Williams had during a life that was not as long as it should have been.

Aladdin was released in November of 1992, a few weeks after my third birthday. It is the first movie that I have memories of seeing in the theater, which is an important event for anyone who cherishes the medium. The animated feature went on to become one of my favorites; it’s one of the few VHS tapes that my parents actually bought for us. Its elevated status is due in no small part to the performance by Williams as the Genie. It may not be his greatest role (though it’s probably making the short list), but it’s definitely one of his most memorable.

There are many reasons why Williams’s frenetic comedy style was such a hit with kids just like me all over the country. He was like ADD personified. He brought that same unpredictability to his roles in FernGully and Mrs. Doubtfire. It was a trait that was evident in his standup as well, which jumped from topic to topic and character to character, though in a much less family-friendly manner. Even in that pursuit, Williams left a mark on my life. HBO released Williams’s Live on Broadway in 2002. It was the kind of special that my parents would never have allowed me to watch at the time, but that’s what older cousins are for. One of mine, Joel, was watching my sister and I while our parents were out of town. Joel and I watched Live on Broadway together, and I laughed more than I had at anything up to that point. That weekend still stands in my memory as one of the most exciting times in my childhood, and Williams – with his practically forbidden comedy – will forever be a part of that.

But Williams was perhaps most interesting in his more subdued film work. He participated in a lot of maudlin and over-sentimental crap like Jack, Patch Adams, What Dreams May Come, Bicentennial Man, and (yes, even) Dead Poets Society, but he always put raw emotion into these projects. But when the projects were good, Williams could be inspiring (Good Will Hunting), moving (The Fisher King), or terrifying (One Hour Photo).

My frame of reference for Robin Williams is relatively narrow. The man had a 40-year career that spanned television, screen, and stage. I never watched him as Mork from Ork, but the everlasting presence of that character in the cultural zeitgeist just goes to show you how effective a performer Williams truly was. The void Robin Williams leaves behind in the entertainment world does not compare to the size of the one he leaves in the lives of his family and friends, but he was an artist that gave everyone an opportunity to hold a piece of his talent. We are all lucky enough to take some of that with us as we continue on.