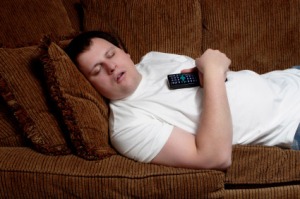 god i wish i had a corduroy couch

There’s always so much to do during the week. Between work and chores and just generally trying to create a career for oneself, there’s not often a lot of time to relax. So every once a while you have to set aside a day and just dedicate it to doing a whole lot of nothing. Today was one of those days.

After a late night of Sin City watching and reviewing I already expected to have pretty late wake up call today, but I wasn’t expecting it to be as late as it was. I woke up at first around 10 am, but I manged to keep myself occupied in bed for a few hours, getting up only for a bowl of cereal here or a bathroom break there. I had big plans to see two – maybe even three – movies today. I know, I’m pretty adventurous. But when I did finally get out of bed, it wasn’t to go see Frank at the Nuart or Love Is Strange at the Arclight. It turns out I was destined this afternoon to re-watch the movie version of Rent.

I have a complicated history with Rent. As a youngster who was just starting to form an interest in musical theater, Rent became a almost obsessive touchstone for me. I would listen to the soundtrack repeatedly, I knew all of the parts, and I thought it was really deep. Obviously now, as a grown adult person, I can acknowledge that it’s not the most nuanced piece of theater. But a lot of its more ridiculous aspects lend themselves well to the spectacle of a Broadway stage show. What they don’t lend themselves well to is an uncreative movie by a boring director like Chris Columbus – a man whose stylistic innovation peaked in 1990 with Home Alone.

A coworker at school keeps a poster of the movie Rent up in his classroom. That alone was enough to evoke in me the earworm-like persistence of such songs as “Seasons of Love” and “La Vie Boheme.” I had no recourse but to watch this movie once again, for the first time in a long time.

The idea of a Lazy Saturday would appeal well enough to the characters in Rent – a group of artists whose main shared trait is that they don’t want to take part in the essential money transfer that grants you permission to stay in the ridiculously large New York City loft that you call home. Well, that and AIDS. They also share AIDS, but at this point that’s just beating a dead horse that Team America: World Police already put down. This principled defiance of social norms comes off as maybe admirable for a bunch of twentysomethings trying to carve out their place in the world, but when a group of 30-year-old incompetent losers is still refusing to pay their landlord, well that’s really more sad and annoying than anything else. And I know the characters are not supposed to be in their thirties, but you can tell me Adam Pascal is in his 20s all you want. That doesn’t mean that my eyes and brain are going to allow that connection to be perceived as truth. There’s a lot of love for this original cast of Rent, and that’s fine, but let’s cast some people that are little more age-appropriate. And good actors.

The best parts of the movie are Rosario Dawson and Tracie Thoms, who replace two of the actresses from the original cast that were deemed a little too old – you got away with it this time Pascal. Jesse L. Martin as Tom Collins is fine too, but the rest of the cast is not necessarily a group of film actors, if you know what I mean. For instance, the acting style of Anthony Rapp – who plays Mark Cohen – seems to mostly be comprised of singing his way down a street, shaking his head emphatically. Sometimes, if you’re lucky, he’ll be doing this while riding a bike.

But none of the nitpicks I have regarding the cast are anywhere near as large as the problem this movie has with its own director. Chris Columbus might as well have not been involved. It is almost as if this is the movie that Tom Hooper looked at as he was prepping Les Misérables. He saw how much work Chris Columbus didn’t do and thought, “Hell, I can do even less than that!” At least Les Mis has the decency to have its actors sing their songs live to the camera. Rent is nothing but a group of eight people standing in a circle lip-synching the words to songs they’ve been singing for 10 years.

I could probably write a 5,000 word essay about all of the problems I have with the film version of Rent, but that’s not the kind of thing someone like me is going to get done on a day like today. No, by the time I actually left the house today it was already almost 5 o’clock. And the reason I left the house? You got it! To see another movie. This is my life now guys, except for the fact that I don’t get paid to do it. And I actually have to pay other people for it. Hmmm. Not the best set-up. Maybe I should make like a musical from the 90s and just refuse to pay for my movie tickets. I wonder if that would work.

The rest of the evening has been more watching, more eating, more sleeping. And that is perfectly okay. I’m awake now solely to write this review, and once I’m done I’ll return to the sweet embrace of slumber. This serenity won’t last. Tomorrow I’ll wake up and have to do all of the things that I put off today. Laundry, grocery shopping, more movies. I even have an improv show in the late afternoon. There will be no Lazy Sunday for me, and though I type that with a sense of melancholy in the bones of my hands, it’s probably a good thing. Because every day shouldn’t be a lazy day. That’s called depression, and I am not depressed. Once in a while it’s nice to do nothing, but this is the 21st century. We’ve all got a lot to get done and there’s only so much time in which to do. But for now I’ll enjoy this respite from the hustle and bustle of the rest of the world, and you should too.

Not my respite. I mean, you can, but you should enjoy your own respite. Gosh I hope that was clear.