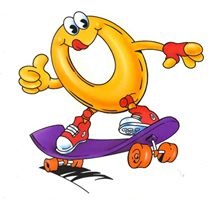 Judge not, lest ye be judged. So when you see that I am reviewing SpaghettiOs, I want you to get off your Italian food high horse and just listen to what I have to say.

This review is kind of a cheat (though let’s be honest – 249 days in, they’re all cheats), as I have a pretty expansive history with Campbell’s (formerly through their Franco-American brand – because the French love spaghetti!) canned pasta rings. Through my primary education and even into college, I was consuming multiple cans of SpaghettiOs with Meatballs per week. For some reason I imprinted on SpaghettiOs at a very young age, and never let go.

So there I am, a young man, newly 20, eating the same childish pasta treat he’s been eating for 15 years, when tragedy strikes. A recall. On all cans of SpaghettiOs made since 2008. That’s all well and good, but what about the untold pounds of SpaghettiOs (and Meatballs) that my body has already digested. What’s going to happen to me?

As far as I can remember: nothing. Nothing happened (unless forgetfulness is one of the symptoms, in which case I’m in a real bad way). But I did go off SpaghettiOs for a while. It’s not like I had been shunning real food in favor of the rich man’s Chef Boyardee, it’s just that everyone wants a quick meal now and then. Rigatoni with meat sauce and linguini with marinara sauce and tortellini with cream sauce are all delicious and enjoyable, but sometimes you want that just-north-of-totally-artificial taste that you can only get from the canned stuff.

And that’s the mindset I was in this evening when I found myself in Ralphs with no idea what to eat. I had eaten a big lunch, so I really just wanted something to tide me over (though my stomach is making me regret that choice now). I trolled the aisles, looking for something good with little-to-no prep, and there it was. My old friend. SpaghettiOs with Meatballls. We’ve both aged of course, I’m a little taller, a little wider in some places, and a little grungier. And SpaghettiOs? Well they no longer have that cool skateboarding mascot. But I’ll tell you what – they still taste delicious. I’m glad I got two cans because now I know what I’m having for breakfast tomorrow. SpaghettiOs. Just like Mom used to make. From a can.