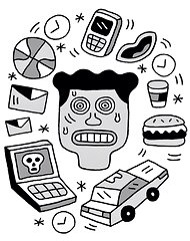 I’m going to bed. Sorry. It’s gotta be that way. This has been an incredibly busy day for me, and I’m exhausted. It’s 1 am, and I just got for for the first time since I left over 18 hours ago.

To be fair, my fatigue is mostly my own fault. My main commitments today were work, an evening show, and a housewarming party. That still would have left me time to take a nap or something, but no. I had to tempt the gods and squeeze in a movie.

After work I rushed back to Hollywood in order to get to the Sundance Sunset theater in time for the 4:30 screening of Bird People. I don’t have a whole lot to say about that movie, besides it has a dull, unlikable first half, followed by a more enjoyable but infinitely more weird second half. Josh Charles just… isn’t a very good actor. Luckily his co-star, Anaïs Demoustier is.

I barely made it to the movie on time, and it was two hours long, so when I finally got out, I was already almost late to my next actual commitment. One of my co-workers joined a band this summer, and tonight was their first gig. This guy is a good friend who has spent too much money on seeing me perform, so of course I’m gonna do the same. Plus, his band plays pop punk in 2014, so this will just give me more ammo in the constant war of wits that we wage.

So I get out of the theater thinking I have just enough time, only to get stuck in a firetruck situation. Have you ever watched one of those suckers turn around on a reaidential street? It’s a sight to behold, but it also takes a long time. So I ended up getting to the show late. I did manage to catch two songs though. I’ll say no more about it, as I don’t review the work of my friends. I have principles.

The show ended and I figured I would grab one drink with my co-workers before heading to the westside (the westside!) for the housewarming party. Twenty minutes later we finally picked a place for that drink. It was a good time though.

Unfortunately now this means I’m late once again. So I jet out to the westside, walk up five flights of stairs, and finally arrive. I’m not there long before the tired sets in. I do a little socializing – only with the people I already know – before I have to bow out. I think I was around for an hour or two, but it could have just felt like it. I drove home with purpose – that purpose being not falling asleep. And now, I’m here and I’m going to sleep. No Friday should be this long. I deserve to rest, and by god I’m gonna do it. Busy Fridays? No thank you. Never again.