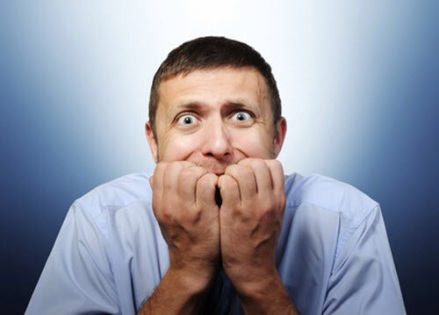 UCB Harold auditions come but once a year, and with them comes a lot of anxiety and fears of inadequacy. I’ll be writing more about the actual audition and my preparation for it tomorrow after the whole thing goes down, but tonight I’m really just kind of living in this nervousness.

I had a plan for the evening which has fallen apart almost entirely: a couple of film screenings that might have distracted me from tomorrow, which I always blow way out of proportion. Originally I was going to see Beyond Clueless at 7:30. It’s a weird doc investigating how teen comedies have shifted a lot in the wake of 1995’s Clueless. It’s playing at – you guessed it – Cinefamily, because who else would play something that odd.

But my nap schedule just didn’t line up with something like that. If you’ve been following the blog you might have noticed that I’ve been posting very late. This is the first one that has gone up before midnight since last Thursday, and it’s cutting it close. So a post-work nap sounded good. Too good, as I woke up having missed my chance at the movie, as well as most of the Orioles game.

None of that is helping my nerves. This is the first time the O’s have been in the ALCS since 1997. The last time they won it was ’83 (they would go on to win the World Series that year). So I’m a little stressed out about the fact that after tonight’s loss, the boys in orange are already down in the series against a team that has a lot of momentum backing it up.

Also not helping? The fact that I replaced what would have been a fun, light movie about frivolous films with Martin Scorsese’s The Departed, which I got out from the library. The defining aspect of that movie is its tension. What the hell was I thinking? Watching Leonardo DiCaprio’s paranoid wince for two and a half hours isn’t exactly relaxing.

In that sense, maybe it is a good thing that I’m no longer going to a midnight screening of Reservoir Dogs. Besides the fact that is at midnight, that movie rests as much on uneasy interactions between crooks and moles as The Departed does. They actually would have made a pretty good double feature, if it weren’t for the ever-present distraction of “tomorrow.” I’m probably better off taking it easy at home.

The good news is, so far this isn’t as bad as last year. In all honesty the nerves haven’t hit me too hard yet. However, last time they didn’t come until day-of. But I’m older now. An all around better improviser, but also an all-around smarter person; every day I become a little wiser than I was the day before. Maybe the nerves won’t hit. But even if they do, I’m prepared to deal with them. That’s the mature response. And I’m very mature.