Pompeii doesn’t get mentioned once in this review – a tragedy

When I started this blog 363 days ago, my first post was my top ten movies of 2013. We’re at the end of another year, and I have seen more movies than ever before (according to my letterboxd summary I’ve watched over 1,000 hours of film – yikes!), so it’s about time for another roundup of the state of cinema.

There were so many great movies in 2013 that this year would never be able to live up to the bar was set. There were some great movies, of course, but a lot of the movies that people are talking about as we head into Oscar season are merely “good.” But hey, good ain’t bad, and I have a few good movies on my own list. We’ll get to that in a moment, but first I want to talk about the worst movie of the year.

I saw a lot of garbage om 2014, often in search of fodder for this very blog; so many movies that I hope no one else ever subjects oneself to, including I, Frankenstein; Endless Love; Brick Mansions; A Million Ways to Die in the West; The Purge: Anarchy; Sin City: A Dame to Kill For; The Judge; Men, Women & Children; Dumb and Dumber To; Annie; and more. But one movie took the cake: 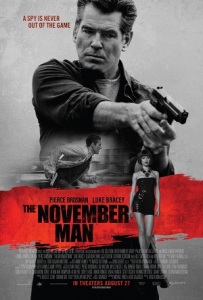 The November Man was so bad that I barely remember it, and I only saw it four months ago. Looking through my review however, a couple things stand out, such as the film’s “senseless violence at its most senseless” and the fact that there was “honestly nothing present by which to recommend the movie.” Sounds pretty terrible. And I’m glad I’ll never have to watch it again.

But that’s not why we’re here; let’s talk about good movies. A couple of notes:

1) There are a few movies that I would have liked to see before the end of the year, but they haven’t come to Los Angeles yet for some reason or another. They include the Dardenne brothers’ Two Days, One Night, Nuri Bilge Ceylan’s Winter Sleep, and Jean-Luc Godard’s Goodbye to Language. I will have seen all three by the end of January, but it will be too late for this list.

2) Similarly, I’m pretty sure that if I had a chance to watch Inherent Vice again it would find a spot on this list, but it just didn’t work out. Paul Thomas Anderson‘s movies always hit me harder on a re-watch; such an event will have to wait for 2015.

2) Finally, the Boyhood issue. Look, I know everyone liked it, and I thought it was a really impressive piece of filmmaking (I fully endorse Richard Linklater’s inevitable Best Director Academy Award win), but I did not love the movie. So many people connected with it on a level that I just don’t understand. Maybe I need to see it again, but until then it’s not making my list.

Without further ado, here’s my top ten, including a link to my original review where applicable, the Metacritic score, and the Rotten Tomatoes percentage: 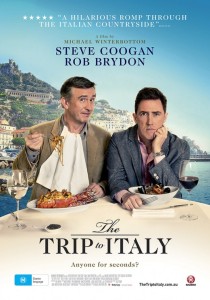 Michael Winterbottom’s The Trip to Italy stood out as a more British, less romantic equivalent to Richard Linklater’s Before series. Hopefully he, Steve Coogan, and Rob Brydon revisit their alternate universe more frequently than Linklater does his. 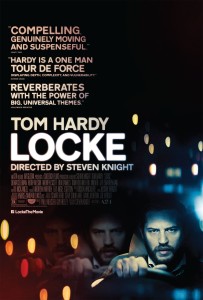 Steven Knight’s Locke is a showcase for Tom Hardy, who has separated himself as a fantastic actor over the last few years. Who else could make an hour and a half in a car with one man so engaging? 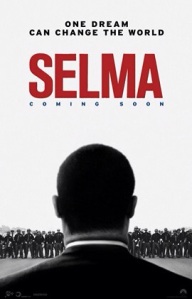 Ava DuVernay’s Martin Luther King, Jr. biopic hasn’t opened wide yet, but it will soon. I haven’t seen a better example of genre, dropping at a moment when racial tensions that never went away are finally coming to light. See this one when you get the chance. 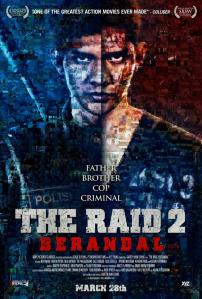 Has there ever been a more exciting and intense action film? Filmmaker Gareth Evans and star Iko Uwais don’t quite have a grasp on effective story, but the fights in this martial arts masterpiece make up for any narrative flaws. 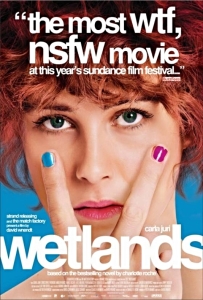 I didn’t write a review of Wetlands when it was released, mostly because David Wnendt’s dirty German comedy-drama is not for everyone. The main character Helen’s (Carla Juri) lack of hygiene leads to some disgusting places, but if you can get past all of the gross, there is a surprisingly sweet core waiting to be found. 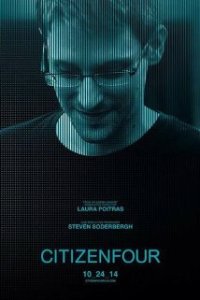 Laura Poitras’s profile of infamous leaker Edward Snowden is so much more than that. Poitras has no qualms about including herself as part of the story, and rightly so. What we get feels more like a narrative feature with some very disturbing things to say about privacy and who gets to invade it. 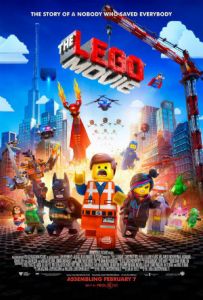 It’s too bad that I only had room for one of the movies directed by Phil Lord and Christopher Miller this year, as The Lego Movie and 22 Jump Street are two of the best comedies of 2014. The Lego Movie is the only film on this list that I’ve seen more than once (so far), and it was even better the second time around. Don’t let animation fool you, people; The Lego Movie is absolutely worth your time. 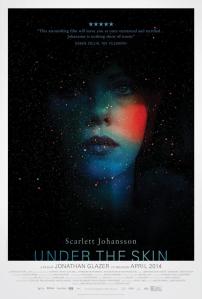 Jonathan Glazer’s third feature topped my list at the mid-point of the year, and honestly the top three here are so tight that Under the Skin might as well still be there. Such a strong, sensory experience, headed by a great performance from Scarlett Johansson, who is finally finding the perfect projects. 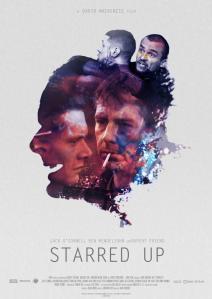 This British import from director David Mackenzie introduced the world to Jack O’Connell, and we’re all the better for it. The young actor plays 19-year-old convict transferred to an adult prison early, and what follows is a totally enthralling depiction of prison life that also features a complex father-son relationship. No other movie brought me so totally into its world. 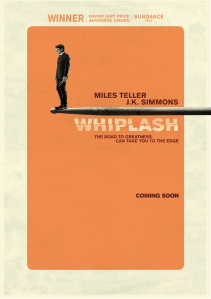 This year’s Sundance winner also tops my list of 2014 films. Director Damien Chazelle turns a story about an aspiring jazz drummer (Miles Teller) and his abusive teacher (J.K. Simmons) into a full-on war. The music is affecting and Simmons is terrifying. I challenge you to find a better final sequence from this year than the one found in Whiplash – when this movie ended and I finally took a breath, I knew I had just witnessed something special.

So there you have it: another list that no one really cares about. I’m happy with it, though. There’s a good mix of domestic and foreign entries, some action, some comedy, some animation, some documentary. Of course there were plenty of movies worth seeing this year, and I could make a whole paragraph out of what I didn’t talk about here. In fact, I will:

Like Father, Like Son; Life Itself; The Grand Budapest Hotel; Nymphomaniac: Vol. I and Vol. II; Jodorowsky’s Dune; Only Lovers Left Alive; Blue Ruin; Ida; Neighbors; The Immigrant; X-Men: Days of Future Past; Obvious Child; We Are the Best!; Edge of Tomorrow; Snowpiercer; How to Train Your Dragon 2; 22 Jump Street; Night Moves; They Came Together; Boyhood; Dawn of the Planet of the Apes; A Most Wanted Man; Lucy; Guardians of the Galaxy; The Guest; Frank; Love Is Strange; The Strange Color of Your Body’s Tears; Pride; Gone Girl; The Blue Room; Dear White People; Birdman; Nightcrawler; John Wick; Interstellar; A Most Violent Year; Big Hero 6; Rosewater; Happy Valley; Foxcatcher; A Girl Walks Home Alone at Night; The Babadook; Inherent Vice; Tales of the Grim Sleeper; Top Five; Why Don’t You Play in Hell?; Mr. Turner; The Boxtrolls; The Interview; and many more are all worth your time. Give them a watch. Heck, give The November Man a watch too; what do I know?