As part of my ongoing mission to make this project as easy on myself as possible, I’m going to start reviewing movies that don’t exist. Specifically, I’ll be reviewing the movies that my improv team, Direct to Video, makes up during our shows. These reviews won’t be for everyone – describing an improv show is up there with describing a dream – but they should at the very least be weird and more than a little self-deprecating.

So let us begin with the sci-fi/fantasy film Eternity.

The movie opens on an icy planet, the landscape dotted with huts and a damaged spaceship. Inside one of the huts were are introduced to the main players of the film: Jace Windrunner, an orphaned ice-pup with real self-esteem issues; Tem Fleeker, a pilot sent by the Tribunal to track Jace down; and J-17 (JJ for short), the disembodied head of a robot, presumably damaged during Tem’s crash on the unnamed planet. Tem seems to indicate that Jace is meant for more in this life than just harvesting ice, but the younger man isn’t buying it. 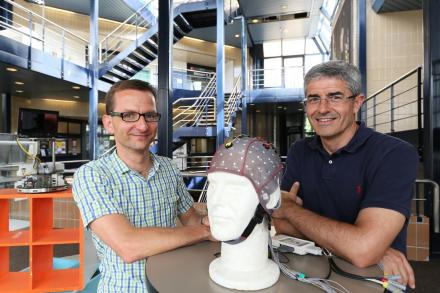 We cut to a ship in outer space. A ship piloted by two Admirals from the villainous Admiralty. The Admirals are hot on Tem’s trail in search of the map tattooed on Jace’s chest. They follow him to the Ozone Quadrant and the only home Jace has ever known.

Back on the planet, Tem is through with explanations. After JJ warns the men of the impending threat, they break for the outdoors in the hopes of repairing Tem’s ship. Upon their exit they are met by Old Man Zapatos, the watchful eye who raised Jace.

After a bit of hemming and hawing, Old Man Zapatos reveals a functioning ship hidden inside a glacier. And not just any ship – the Frontier Escapist famously piloted by Max Hologram. But that’s not all, Zapatos also reveals that Max Hologram was Jace’s father.

Jace, Tem and the head of J-17 board the Escapist and launch, just as the Admiralty land on the planet, mercilessly slaughtering an interspecies couple. Realizing their prey has slipped their grasp, the Admirals pursue.

Onboard the Escapist, Jace is confronted by his father in full-on Hologram form. “Holograms can never die,” Max tells his son, “but they can never fully live either.” Also, they cannot raise children. With the Admiralty hot on their trail, Max encourages his son to close his eyes and use his Hologram powers to sense the enemy. Instead, Jace presses a button that Tem specifically tells him not to press, which destroys everything around the Escapist, except the Admiralty ship. The Admirals take this opportunity to board the Escapist, and again Max has Jace close his eyes. Jace inhabits the body of one of the Admirals, and – at Max’s insistence – forces the man to brutally kill his partner and then himself, even after the man surrenders.

His sinister nature now made clear, Max Hologram is confronted by Old Man Zapatos, who appears on the ship in his true form: also a Hologram. Zapatos declares that he is Jace’s real father, and that Max was no more than an evil step-father. The two Holograms battle, with Zapatos reigning supreme, killing his rival, as only a Hologram can kill another Hologram.

With his life in shambles and almost everything he has ever believed exposed as a lie, Jace enters a bit of an existential crisis, saved only by the camaraderie he shares with Tem, Zapatos, and (to a much lesser extent) J-17. He doesn’t know where the map on his chest leads, but he’s willing to find out with his friends.

And that’s it. That’s Eternity. Why is the movie called Eternity? That is never really made clear. You’d think that could have at least been the name of the ship that the heroes escaped on. Honestly, though, that’s small potatoes because Eternity‘s main problem is how derivative it is of Star Wars. It is almost as if the filmmakers decided ahead of time “hey, let’s do a movie that’s a lot like Star Wars.” The final two words in the film are literally “star wars.” And as if the concept of such a blatant ripoff weren’t bad enough, the filmmakers supplement it with poor quality. There are nine actors in the whole movie. Nine! In a movie that takes place presumably in another galaxy (or at the very least, another quadrant – “ozone?” Come on). And there are three locations, two of which are spaceships with the exact same layout. And don’t get me started on the set design. The actor portraying J-17 is clearly just crouching behind a bunch of boxes – the rest of his body in instantly recognizable in many of the shots.

The cinema on display is not top-notch, but the actors all commit to their characters. I hope they were paid well because I doubt they’ll see much more work, as the obvious set-up for more installments at the conclusion of the film will probably never pan out. Perhaps the directors chose the title Eternity because they hoped these movies would continue to be produced indefinitely. Luckily for the consumer, they are wrong.

Eternity – written, directed, produced and performed by Direct to Video – receives one out of five Holograms: