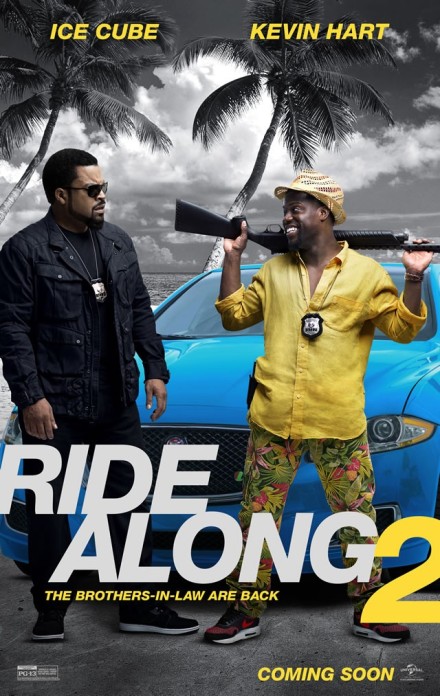 Yeah, I know. You’re looking at the title of this review and you’re thinking to yourself, “why did he do it?” Why would I see Ride Along 2? Well there are a few reasons. One: I like seeing what I expect will be a bad movie every once in a while – keeps my opinions honest. Two: I was feeling really down on New Years Day and decided to watch a comedy to pick up my spirits. I chose the original Ride Along. I didn’t love it, but I had to see how the story continued. And three: I just wanted to see something this weekend (wait until you get a load of tomorrow’s review). So with those three incredibly valid explanations for my actions in mind, lets dig into Tim Story’s much anticipated sequel, shall we?

As we all remember, the first Ride Along ends with well-meaning goofball Ben Barber (Kevin Hart) enrolling in the police academy after finally earning the blessing and respect of his future fiancée Angela’s (Tika Sumpter) older brother Detective James Payton (Ice Cube). Well this a comedy sequel, which means all progress must be undone – Ben is now a month out of the academy and forced to prove himself all over again when James brings him down to Miami in hopes of convincing Ben that even though he is now a cop (which James thought would never happen), there’s no way he’ll ever be a detective. With the help of a hacker (Ken Jeong) and a no-nonsense local detective (Olivia Munn), the future in-laws strive to bring down the mysterious crime boss who is seemingly responsible for all drugs ever (don’t tell anyone I told you, but it’s Benjamin Bratt). 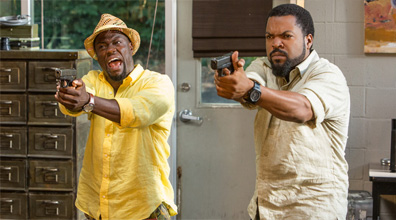 Ice Cube can be the reproachful straight man all he likes, the fact of the matter is that this is Kevin Hart’s movie, for good or ill. Watching Hart can be a very frustrating experience; I don’t deny that the man is funny, but I don’t think many people would argue with the fact that his general character (often as depicted in movies directed by Tim Story) has gotten a little grating. The screeching, the rambling go-nowhere video game monologue, the hapless and pointless physical comedy – it all feels repetitive and easy. But then there are low-key moments, often little off-hand lines that really hit, such as a quick quip with which the man compares himself to 90’s P. Diddy. This almost bi-polar approach the production has toward the actor is echoed in the way Phil Hay and Matt Manfredi’s screenplay addresses Ben as an officer of the law. His competence is just as schizophrenic as Hart’s comic persona in these films. Ben is really bad at his job. Terrible. In the real world there is no way he would have gotten even to the probationary stage at which he finds himself when the picture opens. But then there are moments where the character behaves like a law enforcement savant – and these scenes are way more engaging. It would be nice if the writers could find a way to keep the character engaging without undermining him.

But I should probably acknowledge that Ride Along 2 isn’t incredibly interested in respecting the character. The movie isn’t trying to make a grand statement, and it’s not fair of me to dock it as if it were. But wouldn’t it be cool if Ride Along 2 embraced it’s characters, rather than selling them out? Ben is a really progressive character – he is in touch with his feminine side, he cares about the details of his upcoming wedding, he is fashion conscious. The script plays these ideas off as ridiculous jokes at his expense, but why? Why does the movie have to criticize Ben for being a progressive figure? Is there no room to celebrate that?

It shouldn’t be too much of surprise that Ride Along 2 elides this opportunity, though, considering the fact that it can’t even stick the landing when it tries to be enlightened. Take Munn’s Detective Maya Cruz for example, presumably conceived as a kick-butt strong female character, she never actually gets an opportunity to be that, existing instead as eye candy for the camera to gaze at and as a romantic foil for Ice Cube’s character (and while we’re on that subject, James was much more interesting when his sexuality was ambiguous – but maybe I’m trying to push too hard at this point).

Bratty! where ya been?

I do give the movie some credit, though – this is a feature (and now a franchise) in which almost every major character in portrayed by a non-white actor. An action franchise, no less. That’s certainly progressive. And it’s not the only thing the movie has going for it; there are some strong action set-pieces (when they aren’t being marred by a silly video game aesthetic), Ken Jeong’s performance is surprisingly subdued (and better for it), and Benjamin Bratt has some great impulses as the villain (if only there were more room for him in the movie). The good doesn’t outweigh the bad, but there are certainly worse movies you could see during the universally terrible early months of the year (again, stay tuned for tomorrow). Ride Along 2 receives two out of five white linen walking suits: 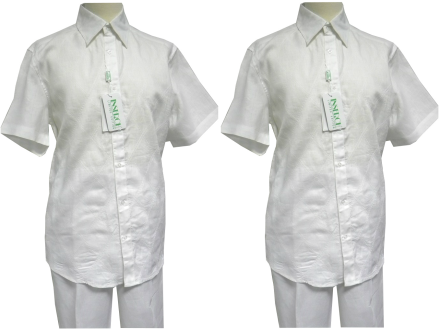