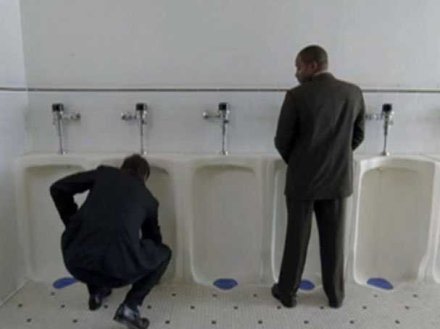 I’ve heard so many horror stories about people dropping their phones in pools, lakes, the sink, etc., but the one that always baffles me is the idea of dropping one’s phone in the toilet. How does it even happen? I suppose a fair number of these accidents occur because people are drunk – that’s hardly a good excuse, but it happens, I suppose. What a demeaning situation to find yourself in, though. To now have to reach into the toilet (that you probably just used – and you know what I mean by “used”) and retrieve your surely-ruined expensive electronic device? Yuck. Might as well leave it there for the next person. And I would have been completely happy to walk through my life without ever being that guy. But – as I’m sure you can tell by the title of this review, I did unfortunately become “that guy” far sooner than I could have prepared for.

Now, now – I wasn’t drunk, though I don’t think that makes this sound any better. At least if I had been inebriated I would be able to use that as the reasoning behind my clumsy mistake. No this was mid-day, actually stuck in the middle of my Ride Along 2/13 Hours double feature (it makes it even worse you realize that I saw both of those movies in the same day, doesn’t it?). As we waited for Ride Along 2 to start, my Middle Eastern American friend (his ethnicity has absolutely nothing to do with this story – I just want everyone to know how progressive I am) and I had an impromptu photoshoot in the hallway, the results of which you can view on Instagram (follow me, everybody – @thestevencohen). Well I couldn’t help myself; my vanity overtook my better judgment as I stood at the urinal, emptying my bladder in preparation for an insensitive action movie that could conceivably empty it for me. Flipping through the pictures I was impressed and disgusted by Fadl’s (that’s his name – he’s Middle Eastern) work in equal measure – for every good picture, there’s a dud. And I was still thinking about this as I reached down to button my fly. That’s when it happened.

I had placed my phone on top of the urinal (already a disgusting move – I’m a monster), and as I transitioned from flushing the liquid waste receptacle to examining my zipper I knocked the phone from its precarious perch. Everything immediately switched to slow motion; I could see the phone as it slowly descended toward the slightly-yellow wetness in the basin, but there was nothing I could do to stop it. And as the device hit the water, I heard an incredibly vivid touchdown noise. The sound it made was the exemplar of the onomatopoeia “plop,” and it will forever be seared in my memory. I stood there looking at the havoc I had wrought for what felt like an eternity, but was probably less than a second. I reached into that urinal without a moment’s hesitation, basically answering my questions of feeling demeaned above – in that moment your own dignity is the last thing on your mind. For me personally, I was just dreading dollar signs. Lots of them.

What do you do next? Gosh what a tough position. Now the phone is covered in urine, and you have to rectify that situation as much as you possibly can. It’s not like you can hold the thing under running water, though. So all I could do was dry. And dry. And dry. And hope for the best.

At this point, days later, the phone seems to be okay. It was tripping out a little bit in the day or two after what I will refer to as The Event from this moment forward. It was acting up a little when plugged in at first, but things seem to have evened out now. In my 26 years on the planet I have often found myself grateful for the fact that I was born male – life is just objectively easier for us, as unfair as that is. But I now know the greatest benefit of being a man is that when you drop your phone in a urinal it does not get an opportunity to fully submerge. That is likely the only thing keeping my notes, contacts, pictures, and bank account from being in a really bad place right now. So thanks for that, God.

I’ve learned a lot from this experience, particularly that I should keep my phone in my pocket in the bathroom, regardless of my level of inebriation. However, even though I grew as a result of it, Dropping Your Phone in a Urinal is not a fun time. It receives one out of five porcelain thrones: