Let’s be real, at the very least you have heard of Hamilton – the biggest Broadway sensation maybe of all time. Even if you don’t care about musicals or theatre or even music, at the very least you have one friend who is kind of obsessed with the show. If you are one of my friends (and you probably are if you’re reading this), then I am that person in your life. When I first found out about the show – about the life of founding father Alexander Hamilton, performed by actors of color and told almost entirely through rap – I just couldn’t wait to see it. I was a huge fan of creator Lin-Manuel Miranda’s previous show, In the Heights, but it took several years for me to get out to see that one. With that in mind, I realized I may never see Hamilton in its best iteration, so I decided instead to devour the soundtrack in its entirety, over and over again. I started listening to the cast recording near the end of October, and still listen to it on a weekly basis four months later, usually while running. The recording is an astounding accomplishment by Miranda, the rest of the cast, and the production team. It’s the kind of show full of interesting roles that I would love to play, but will rightly never have the chance to perform – they aren’t for me. But then I found myself confronted with an opportunity to do just that, in a Hollywood-set sing-along.

END_OF_DOCUMENT_TOKEN_TO_BE_REPLACED

the old way of things

I’m not sure who sits in the seat of power that determines the passage of traffic through a given intersection, but those czars of congestion are at it again, creating an all-way stop at the corner of Lexington Ave. and Seward St., mere blocks away from where I sit now, typing these very words you’re reading. It’s the type of city planning that could make or break a neighborhood. It couldn’t come at a more turbulent time for what I call the “Heart of Hollywood” – an area already steeped in social and economic flux.

END_OF_DOCUMENT_TOKEN_TO_BE_REPLACED 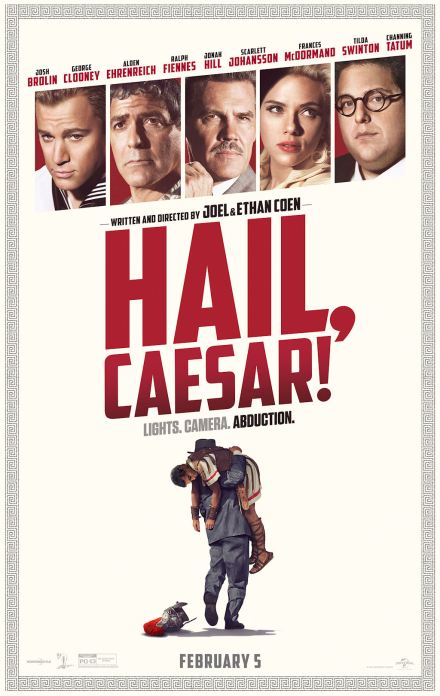 A new film from Joel and Ethan Coen is always a big deal, and the marketing push for Hail, Caesar! juiced anticipation, at least among the cinephile community. A kidnapping comedy (whatever “comedy” means when the Coens are concerned) set in the studio-centric days of Old Hollywood starring George Clooney, Josh Brolin, Scarlett Johansson, Tilda Swinton, and more seems like the perfect recipe for a great movie.