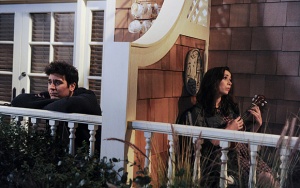 Two-hundred episodes is a huge accomplishment for any show, even if you think it has been on the air for a few too many seasons. Think back to the early days of How I Met Your Mother, when it seemed to be on the verge of cancellation every six months; back then the idea of nine seasons would have seemed glorious. But now – in practice – the general consensus is that the show has fallen off, especially in this final year. I am personally of the opinion that season nine is more of the same, equal in quality to what we’ve come to expect the last few years (if not actually a little bit better). While it is disappointing that the show will seemingly never go back to the whip-fast, smart, even edgy comedy that it once was, I’m certainly not going to give up on it with the end so close.