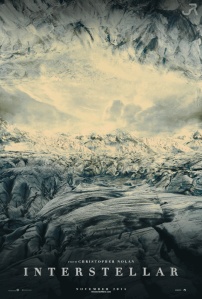 A very wise man once said, “The power of love is a curious thing. Makes one man weep, makes another man sing. Changes a hawk into a lily-white dove. More than a feeling: that’s the power of love.” Christopher Nolan is a filmmaker who would agree with this philosopher. As early as 2000’s Memento, Nolan’s films have featured main characters driven by a love that has been lost. Whether it is Bruce Wayne’s deceased parents in Batman Begins, Robert Angier’s deceased wife in The Prestige, or Bruce Wayne’s deceased girlfriend in The Dark Knight Rises – these men are driven by their love. In his new film Interstellar Nolan examines the power of an extant love.

END_OF_DOCUMENT_TOKEN_TO_BE_REPLACED

And so ends the first season of True Detective. Before we get too deep into it I want to take the opportunity to mention that some of what I say may be considered SPOILERS. I won’t get too into specifics or anything, but if you are like me then you will not want to know anything about the finale before you watch it. In that case I would ask why you’re reading a review, but it is your life. Do what you want. I am really into the laissez-faire Internet browsing.

END_OF_DOCUMENT_TOKEN_TO_BE_REPLACED

I am conflicted about the penultimate episode of True Detective. More conflicted than I have been with the show in several weeks. The latest episode, “After You’ve Gone,” finally brings Rust Cohle (Matthew McConaughey) and Marty Hart (Woody Harrelson) together in the (almost) present day. The sole-narratives focus gives the episode a little energy, but it brings along a steep price.

END_OF_DOCUMENT_TOKEN_TO_BE_REPLACED

And so ends awards season. It was a long one (isn’t it always?), and it was populated by movies and performances that all seemed especially deserving. The biggest surprise, though? The fact that the 86th Academy Awards was actually an earnest and entertaining dedication to the year in film.

END_OF_DOCUMENT_TOKEN_TO_BE_REPLACED 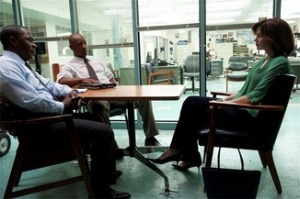 True Detective is coming off of two very strong episodes. The question is whether the creative forces behind the show can keep this momentum going in the final three episodes of the show.

END_OF_DOCUMENT_TOKEN_TO_BE_REPLACED 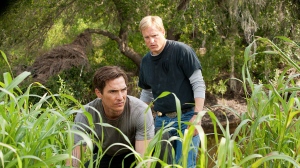 “Every episode of True Detective is better than the previous one.” This is something that I have been saying since the show premiered, but it is only now starting to get to the point where a “better” episode also means a “good” episode.

END_OF_DOCUMENT_TOKEN_TO_BE_REPLACED

Television is known as the “writer’s medium.” Once a feature screenplay gets into the hands of a director it is widely accepted that the movie’s authorship is handed off as well; but in television the executive producer or showrunner calls the shots. A television director isn’t expected to break new ground – in fact it often falls to a TV director to maintain the tone that has already been established. True Detective, however, is one of those shows that just refuses to adhere to convention. Up to this point it has been unclear just who is in the driver’s seat on this project: writer Nick Pizzolatto or director Cary Joji Fukunaga. Well, Fukunaga certainly fired a shot across his co-conspirator’s bow in this most recent episode.

END_OF_DOCUMENT_TOKEN_TO_BE_REPLACED

talk about a meet cute!

It is hard to discern whether True Detective is getting better, or whether I am slowly getting used to what it is going to be. There’s bound to be a learning curve to any slow-burn show, but there also seemed to be a step up in the writing this episode. “The Locked Room” definitely felt like  showcase for both Woody Harrelson and Matthew McConaughey, and not just the latter. This allows the two actors to turn their scenes together into competitions, a situation where the viewer wins.